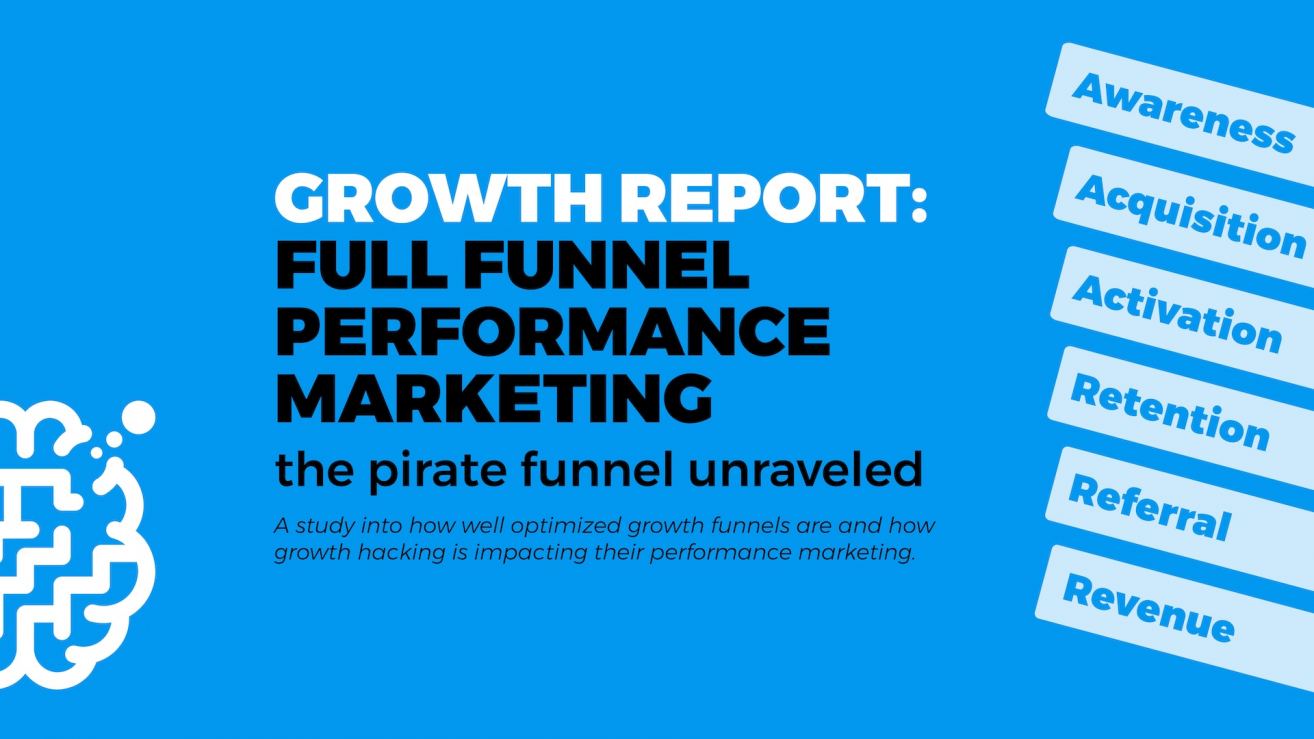 Growth thinking author, Nader Sabry, analyzed 3,167 growth hackers' growth marketing funnels who have designed, built, and managed a minimum of 3 funnels in the past 24 months and spend over $1,000 a month on their funnel.

Some of the key findings in the study are
The Growth Funnel Performance Report covers vital aspects of growth funnels and their performance like funnel effectiveness, design, setup, capabilities, optimization, and the famous AAARRR pirate funnel framework and how they perform. Although most funnels underperform, No-code and Low-ode solutions improve conversions. This is driven by a wide variety of new integrations and new automation platforms.

More on Nyenta.com
The most effective funnels studied showed an average return of investment of 345%, driven by automation and integrations. Roughly 71% of those funnels studied use some form of automation, yet only 4% can harness +70% of the automation capabilities viable to them.

Alongside several of the challenges with funnels, talent and know-how are the top barriers. The talent pool in the growth hacking industry is scarce, with estimates of 1 million growth hackers needed by 2030, whereas, today, it is estimated around 10,000

As stated by Nader Sabry, "Although talent is scarce, and growth systems are underdeveloped, the growth hacking industry is quickly emerging. Rising from its sketchy history, it is proving to be a viable discipline even for fortune 500s."

Growth Thinking is a design methodology for growth hacking by the bestselling author of Ready Set Growth Hack, Nader Sabry. It has been applied as a book and a $1 million challenge known as the 10-day growth hacking challenge (https://mygrowththinking.com/10-day-growth-hack...), which has generated $138m in revenue. This methodology has been adopted by universities like Harvard and Stanford, fortune 500s (Google/Microsoft) and unicorns.