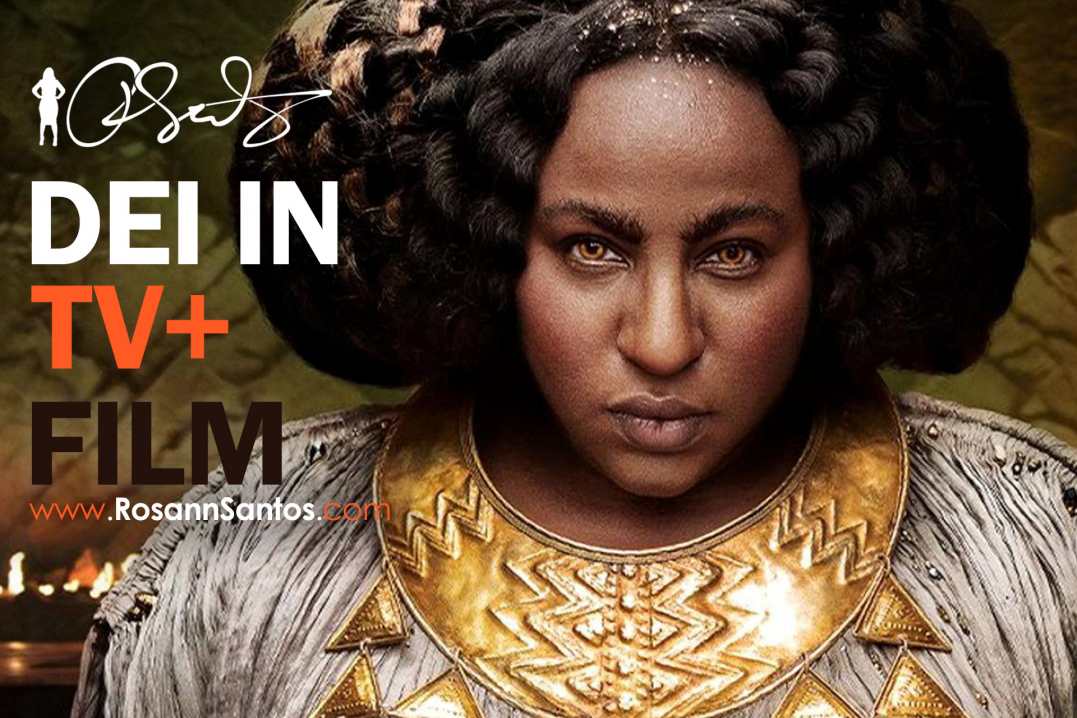 The series is set thousands of years before the events of J.R.R. Tolkien's The Lord of the Rings which began writing, production and casting back as early as 1997. Many things in our society have changed since then.

Disa is a Dwarven princess of Khazad-dûm in the Second Age. She is the first dwarven woman ever depicted on screen in a Tolkein adaptation. Her portrayal by a person of color has drawn criticism among loyalists to the series who may not be ready yet to accept people of color in seemingly white dominated worlds as Rosann previously pointed out with Steve Toussaint's portrayal of Lord Corlys Velaryon in the HBO series House of the Dragon.

More on Nyenta.com
Rosann addressed this in her video posted on her YouTube Channel:
https://www.youtube.com/watch?v=J8xHFSkP5tU

She also mentions Nomvete's reaction to this criticism in which she says, "I'd be lying if I said I'd never felt a little knocked down by life. In this industry, it's not difficult to get caught in the negatives, to have exhaustion cloud your passion. And it would be dishonest of me to say that it's easy to ignore the little voice in the back of your mind that tells you you're not good enough. But what I CAN say is that you have another voice that is so much louder, you just have to listen!"

Surely this is only one of many examples of the impact that DEI has made in television, film and media.

About Rosann Santos:
Rosann Santos is a FranklinCovey consultant and facilitator for Diversity, Equity and Inclusion (DEI), Unconscious Bias and Sensitivity Training. She provides highly effective workshops to foster diversity, equity and inclusion in the workplace and society to the most prominent organizations in the world such as Amazon, Goodyear®, and Oracle.

More on Nyenta.com
Rosann is fully bilingual in English and Spanish and can facilitate training or deliver a keynote equally in both languages.

To retain her services for DEI, Unconscious Bias and Sensitivity Training, visit her page on the FranklinCovey website:

For more information on Rosann's background, her training, keynote speaking, and facilitation, visit her website at RosannSantos.com