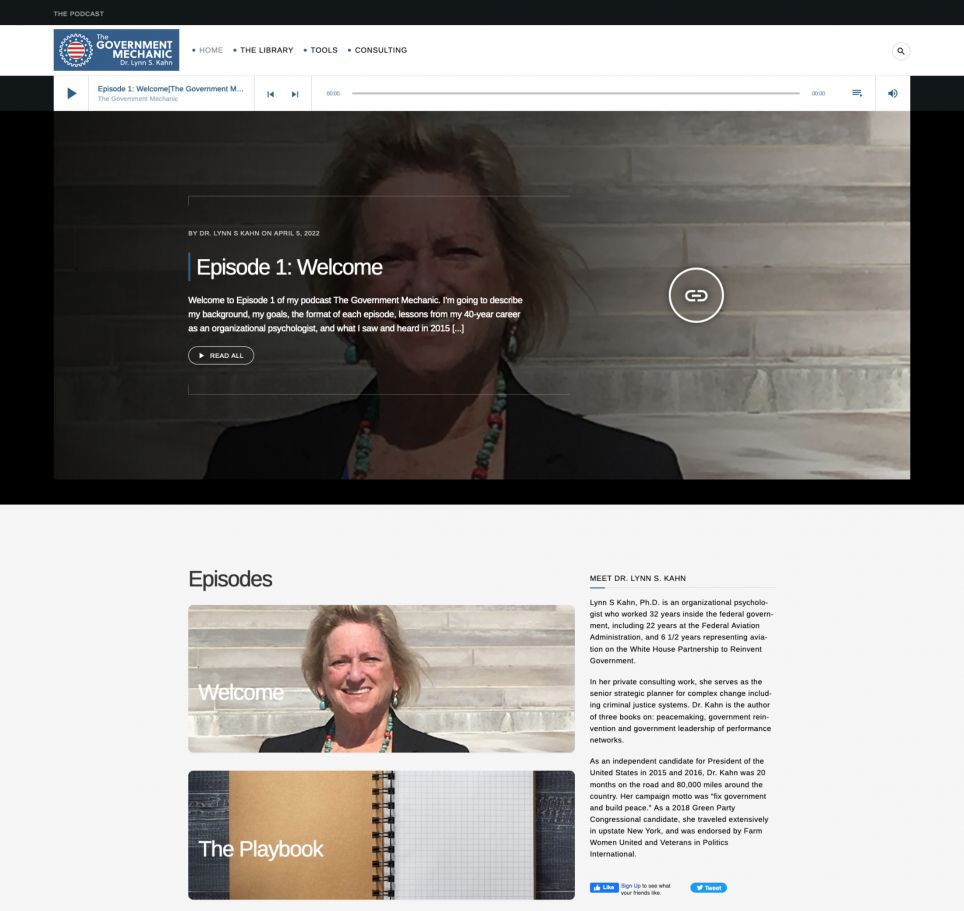 A former Congressional candidate, Dr. Kahn has worked as an organizational psychologist reinventing agencies and departments for more than 40 years.

"The Government Mechanic encourages everyone to look under the hood of government, diagnose the real problems and decide what actions will fix what problems."

The first two episodes introduce Dr. Kahn and a 7-layer framework to find the real problems inside broken government agencies. Future episodes will tackle specific issues such as Veteran Suicide, Justice Reform, Homelessness  and the crisis in America's food supply, all through the lens of fixing government. With the Russian invasion of Ukraine, the four episodes related to peacemaking and multi-track diplomacy were moved up beginning April 12.

More on Nyenta.com
In each episode, discussion reveals the mechanics of fixing broken government agencies, including broken missions, broken goals, and broken measures of success. Our audience includes new agency leaders, change agents already working with agency leaders, or anyone wondering how to change a damaged, dysfunctional agency.

New episodes post every Tuesday and Friday at 6:00 PM EST. The Podcast can be heard on Apple, Google, SoundCloud and Spotify.

Dr. Lynn S. Kahn
Called "The Government Mechanic" when she ran for President as an independent candidate in 2015-2016, Dr. Kahn is an organizational psychologist and strategic planner who worked 32 years inside the federal government, including 6½ years on the White House Partnership to Reinvent Government. Since retiring from the federal government in 2013, Dr. Kahn has focused on justice reform and farming issues. In 2018, she was the Green Party candidate for the U. S. House of Representatives for NY21. Her private consulting practice is in Essex County, New York.