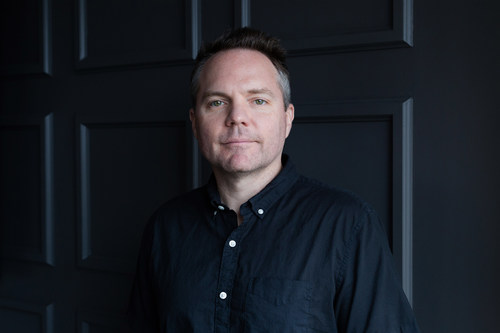 Weiss said: "Mat is the type of creative leader who can see the entire board. His influence stretches well beyond the creative department as he inspires teams to find successes on the biggest and hardest problems, as well as on the smallest, unexpected opportunities. He is also a remarkably kind and humble human being who would hate reading me gush on and on about him."

Bisher holds over 24 years of creative experience and has held creative leadership positions at renowned agencies such as McCann, BBDO, Deutsch and Burrell. He spent the majority of his career at McCann Worldgroup where he was most recently EVP, Executive Creative Director. There, Bisher produced award-winning campaigns for clients including Microsoft, U.S. Army, Lockheed Martin, Verizon, MasterCard, Chevy, NY Lottery and Qualcomm.

Bisher said: "I couldn't be more excited to be joining DDB NY as a leader within the incredible, creatively famous DDB global network. I have the greatest respect for Ari and the DDB leadership team. There is a vision in place, and I'm honored to be included in it. This is going to be epic."

More on Nyenta.com
Bisher's work has been recognized by Cannes Lions, One Show, D&AD, Webby, Clio, and ANDY. His "Trail View" campaign for Nature Valley was ranked one of the most-awarded digital campaigns in the world and he was included as one of Adweek's Top 100 creatives in advertising. Whether it's a global powerhouse like Microsoft or an iconic state brand like NY Lottery, creativity is the driving force behind everything he does.

Bisher steps in to lead the NY creative team as Lisa Topol and Derek Barnes leave the agency later this month.

ABOUT DDB WORLDWIDE
DDB Worldwide (www.ddb.com) is one of the world's largest and most influential advertising and marketing networks. DDB has been named 2021 Network of the Year by D&AD and ADC, as well as numerous times by the Cannes International Festival of Creativity and the industry's leading advertising publications and awards shows. WARC has listed DDB as one of the Top 3 Global Networks for 12 of the last 15 years. The network's clients include Molson Coors, Volkswagen, McDonald's, Unilever, Mars, Peloton, JetBlue, Johnson & Johnson, and the U.S. Army, among others. Founded in 1949, DDB is part of the Omnicom Group (NYSE: OMC) and consists of more than 200 offices in over 70 countries with its flagship office in New York, NY.