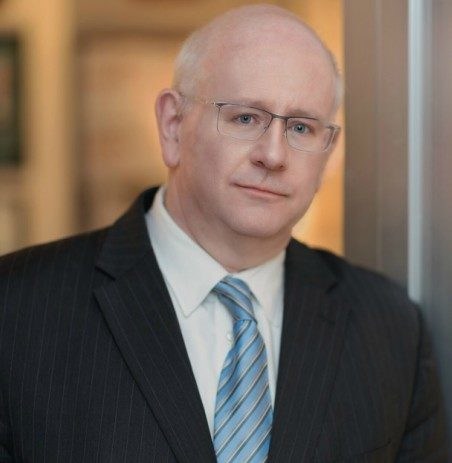 SCARSDALE, N.Y., Sept. 21, 2022 /PRNewswire/ -- Owen A. O'Connor, M.D., Ph.D., is being recognized by Continental Who's Who as a Top Pinnacle Achiever for inventing and developing many drugs for the treatment of blood cancers, and in acknowledgment of his outstanding work in both academic medicine and the private sector for nearly 25 years.

An internationally renowned oncologist, Dr. O'Connor is known for his expertise in drug discovery and development and in diagnosing and treating all forms of lymphoma with over 20 years of experience in academic medicine. He invented and pioneered the development of several first-in-class drugs to treat blood cancer, including one he co-invented for T-cell lymphoma, which has now been approved in over 35 countries worldwide. He has held several prestigious leadership positions at the major cancer centers in New York City, including Memorial Sloan Kettering Cancer Center, New York University Medical Center, and Columbia University Medical Center.

Dr. O'Connor earned his Bachelor of Science degree in environmental science at Manhattan College in New York. He completed a Ph.D. in Environmental Medicine at the New York University Medical School, where he studied the mechanisms of chemical carcinogenesis. After earning his Medical Degree from the University of Medicine and Dentistry of New Jersey, he completed an Internship and Residency in Internal Medicine at the New York Hospital - Cornell University Medical Center. He then went on to complete two fellowships, including one in medical oncology in the Department of Medicine under the Clinical Investigator Program (in the laboratory of Dr. Joseph R. Bertino) at Memorial Sloan Kettering Cancer Center and a second in clinical pharmacology in the Division of Pharmacology in the Department of Medicine New York Hospital - Cornell University Medical School. He was appointed Chief Medical Oncology Fellow in the Department of Medicine at Memorial Sloan Kettering Cancer Center.

More on Nyenta.com
During his decades-long career, he has focused his scientific interests on developing novel small molecules for blood cancer treatment, many representing first-in-class drugs. His interests have focused on everything from chemistry through preclinical modeling and early Phase clinical studies to regulatory Phase 3 studies. Passionate about his craft, Dr. O'Connor has published over 250 articles in peer-reviewed journals, books and book chapters, and reviews on managing lymphoma and drug discovery. He is the editor of the first textbook on the Peripheral T-Cell Lymphomas and is now editing a new series of books for Wiley Sciences on Precision Cancer Therapies. He was a member of the Scientific Advisory Board for the Lymphoma Research Foundation and the Leukemia Lymphoma Society and has received countless awards for his research, including being named to America's Top Cancer Doctors, cited among the Top 50 Irish-Americans in Science and Medicine by the Irish government, and inducted into the New Jersey Inventors Hall of Fame. He also received the American Cancer Society Research Professorship, the most prestigious honor bestowed by the Society. He has been a Castle Connolly Top Doctor since 2011.

In his spare time, Dr. O'Connor enjoys creative photography and travel, particularly spending time at his second home on Cape Cod. He also actively supports the Association for the Preservation of Cape Cod and the Cape Cod Arts Center.

The doctor would like to acknowledge his mentors: Dr. William Hait and Dr. Joseph R. Bertino.

SOURCE Continental Who's Who
Filed Under: Business
0 Comments
Latest on Nyenta.com