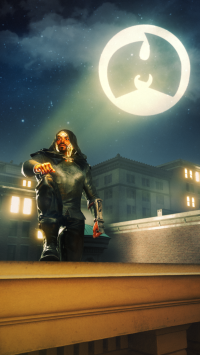 NEW YORK - Nyenta -- There are a few new buzzwords dominating digital, economic, entertainment, and social networking conversations. Whether a guru developer looking to build a transparent app or an artist in search of innovative supplement to their portfolio, mention blockchain, cryptocurrency, web 3.0, metaverse, or NFTs and inquiring minds surely will want to be in the know about this digital renaissance.

With all the chatter around these advancements in tech, it was only a matter of time until it attracted the attention of those looking to leave their mark on history. Rapper, songwriter, record producer, actor, executive producer, and serial entrepreneur, Method Man, officially launched his platform today that promises to take the abstract metaverse concept to incredible levels. Method Man's version of the metaverse aptly donned "Mefaverse" is a realized product that he and his production company, Six AM Entertainment in collaboration with Ray Acosta, envisioned together. They are at the helm of taking an experienced team of developers, writers, artists, and tech savvy ninjas into the next iteration of the internet.

More on Nyenta.com
Though there is much of the project that is yet to be revealed, Method and his team are ready to divulge that it includes a graphic novel being built into the Mefaverse. Additionally, a collection is being developed that will support the Mefaverse with the characters from the graphic novel. These of course, will be digital collector items and released as NFTs. In addition to collecting, they can also be used as digital avatars and playable characters across multiple platforms, but especially within the Mefaverse.

Shauna Garr, Method's partner at Six AM Entertainment says "We are thrilled to create in this fast expanding arena. This art and storytelling taps into the street geek culture that's a big part of our brand." Even more exciting is that the first three exclusive 1 of 1's will be dropping on Foundation (www.foundation.app) on January 28th, 2022.

For more info and updates, join the official Mefaverse on Discord at https://discord.gg/mefaverse.
#